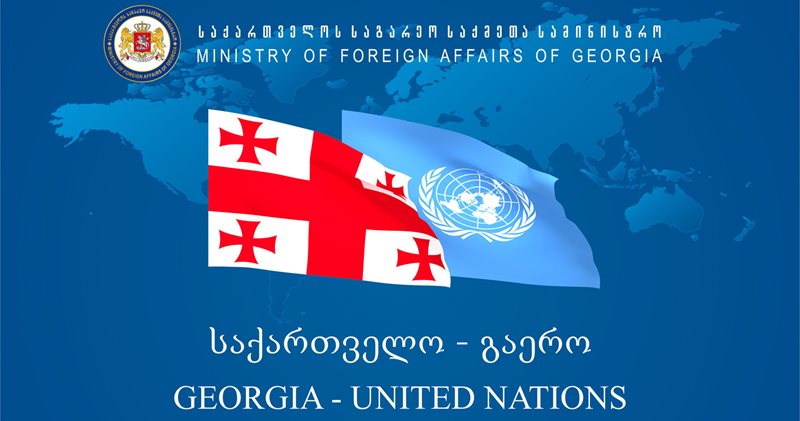 On 5 August 2020, the UN Security Council discussed the situation in Georgia’s occupied territories and the Russia-Georgia conflict at its closed session dedicated to the 12th anniversary of Russia’s military aggression against Georgia,

The Security Council heard a briefing by Assistant-Secretary-General Miroslav Jenča, who provided the Council members with updated information on the developments since 7 August 2019.

Following the meeting, representatives of the current and future members of the Council – Belgium, Estonia, France, Germany, the United Kingdom, and the United States as well as Ireland and Norway made a special statement.

According to the joint statement, 12 years since the Russia-Georgia conflict, the continuing Russian military presence in the Georgian regions of Abkhazia and South Ossetia as well as Russia’s recognition of the so-called independence of these regions violates the territorial integrity of Georgia and undermines Georgia’s sovereignty, as well as the Rules Based International Order. It further divides communities and puts at risk the health and lives of the conflict-affected population, especially during the global COVID-19 pandemic.

The parties express their extreme concern about the intensification of the so-called “borderisation process” over the past year, including during the global COVID-19 pandemic. The Parties are also concerned about the ongoing disinformation campaign by Russia about the pandemic and related health issues as well as false propaganda about the life-saving work of the Lugar Center.

The Statement reads that such acts by Russia prolong the conflict, threaten peace and stability, interfere with the enjoyment of human rights and fundamental freedoms, and negatively impact the health and safety of people across Georgia, destabilizing the region as a whole.

The Parties reiterate our support for the respect and protection of human rights, including the rights of forcibly displaced persons, as well as the importance of enabling their safe, voluntary, dignified and unhindered return to their homes in accordance with international law.

The Representatives of Belgium, Estonia, France, Germany, the United Kingdom, the United Ireland and Norway firmly support Georgia’s independence, sovereignty and territorial integrity within its internationally recognized borders and call again on the Russian Federation to fully implement the six-point Agreement of 12 August 2008.